Miyetti Allah, a Fulani socio-cultural group, wanted the ICC to intervene in the detention of 4,000 Fulani herdsmen, who violated the Benue State Open Grazing Prohibition and Ranches Establishment Law, 2017.

Allah Kautal Hore disclosed that it had filed a suit against Benue State Governor, Mr. Samuel Ortom before the International Criminal Court of Justice (ICC), Hague for allegedly seizing 25,000 cows belonging to its members.

National Secretary-General of Miyetti Allah, Mr Saleh Alhassan revealed the decision at the weekend at a session with journalists on Friday.

Just after inaugurating the state’s Community Volunteer Guards, Ortom had said he had secured the conviction of over 400 Fulani herders ‘besieging’ the state.

He said Miyetti Allah had approached the ICC to file a suit against Ortom for seizing over 25,000 cows belonging to members of the group and detaining over 4,000 herders.

Mr. Samuel Ortom said: “We have secured the conviction of over 400 Fulani herders, who have besieged the state. We have seized over 25,000 cows.

“We released some of the cows to the owners who paid fines and auctioned the cattle of those who did not pay because that is what the law says to ensure that we protect our lands.”

In reactions to this development, Alhassan said Ortom was known for always “abducting and keeping” cows belonging to Fulani herders. 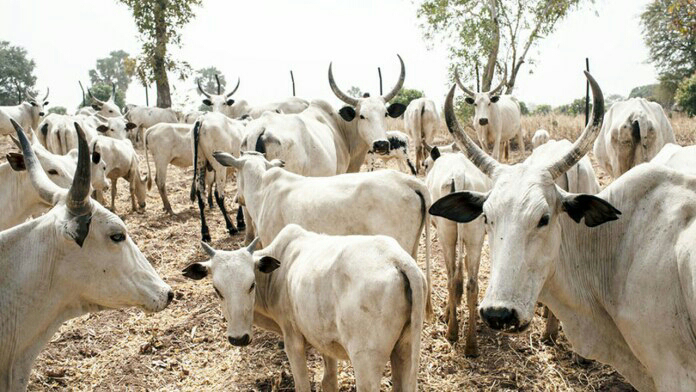 “Ortom would go to Benue and Taraba states border communities and seize cows, making our members suffer. We don’t have herders in Benue. So, the livestock that he seized shows that he is part of the problem".

The head of Kenya’s election body on Monday declared Deputy President William Ruto the winner of the country’s close-fought presidential election, despite several commissioners rejecting the results. The Independent Electoral and Boundaries Commission chairman Wafula Chebukati said Ruto had won almost 7.18 million votes (50.49 percent) against 6.94 million (48.85 percent) for his rival Raila Odinga in the August 9 vote. Ruto becomes the fifth president-elect of Kenya. The announcement of the long-awaited outcome of Kenya’s presidential vote had earlier been thrown into chaos on Monday after four out of seven election commissioners said they could not recognise the results. “We cannot take ownership of the result that will be announced,” the IEBC vice chair Juliana Cherera told reporters. She described the process as “opaque” but did not elaborate, saying further information would be given later.

The National Bureau of Statistics has said Nigeria’s headline inflation rate increased to 19.64 per cent on a year-on-year basis in July, the highest since 2005. The Statistician-General of the Federation and Chief Executive Officer, National Bureau of Statistics, Prince Semiu Adeniran, said this in the Consumer Price Index for July 2022 released by the bureau in Abuja on Monday. Giving a breakdown of the report in a statement, Adeniran said the CPI measures the average change over time in the prices of goods and services consumed by people for day-to-day living. According to him, it is a core macroeconomic indicator used in the derivation of the inflation rate for policy, planning, and monitoring of an economy. Adeniran said the report showed that in July 2022, on a year–on–year basis, the headline inflation rate was 19.64 per cent. “This is 2.27 per cent points higher compared to the rate recorded in July 2021, which was 17.38 per cent. “This shows that the headline infla

Guinness Nigeria Plc has empowered over 50 women from Umuebie in Isiala Mbano Local Government Area of Imo State with a mobile bar to assist cushion the effect of unemployment among women. This was carried out during a colourful celebration marking the end of the annual August women meeting. Marketing and Innovation Director of the company, Mark Mugisha, noted that as a brand, it was a way of promoting the culture of the people while reciprocating their patronage to the company. On the role of Guinness in facilitating the August meeting across South East, Mugisha said: “The August meeting is beyond an event, it’s an experience that Guinness feels strongly and passionate about.